Is Gluten good for you?

It is very important that you cultivate healthy eating habits. Consequently, we need to explore the possibility of cutting gluten from your diet. Following health tips which address lesser known, or feared, diseases is a trend we need to commit to. Ignorance is not always bliss, you know.

Foremost, in war you need to know the enemy. Gluten is a type of protein which is found in grains including wheat, barley, spelt and rye. It is used to make foods such as cereal, bread, and pasta, to keep their shape. It is also found in some cosmetic products such as lip balm, and in the glue on the back of stamps and envelopes.

When is Gluten dangerous to your health

Gluten is detrimental to people with Celiac disease. It is a long-lasting digestive disorder arising from an immune reaction to gliadin, found in foods which contain high amounts of gluten.

Consumption of gluten for someone with the celiac disease could lead to an avalanche of health issues. Among the symptoms of celiac disease are: abdominal cramps, diarrhea, weakness and fatigue, infertility, persistent hunger, migraine headaches, and blood in the stool or in urine.

Following health tips which address lesser known, or feared, diseases is a trend we need to commit to. Click To Tweet

People with celiac disease must avoid all foods which contain even the smallest trace of gluten. Such a person should avoid bread, beer, cakes and pies, French fries, pasta, and processed meat. Non-food items to avoid also include: lipstick, lip gloss, lip balms, and communion wafers.

Adopting a lifelong gluten-free diet is the only way to treat the celiac disease. Some gluten-free foods to add to your diet are: fruits and veggies, fish and poultry, seeds and nuts, white rice, and tapioca.

According to Rafe Bundy, a nutritionist and spokesperson for the Association for Nutrition, “There are many people around the world that consume a diet which is 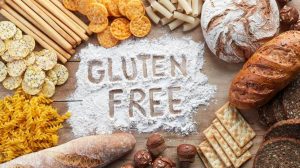 naturally gluten free or low in gluten. A good example is most of Asia, where the main staple food is rice, not wheat. It's perfectly possible to have a healthy diet which is also gluten-free diet using most standard dietary advice."

However, it is important to know that avoiding foods that contain gluten could lead to deficiencies in essential nutrients only gotten from specific foods. Additionally, many gluten free products are relatively low in fiber. Consequently, people who intend to follow the gluten free diet need to plan carefully to avoid nutritional deficiencies.

People who intend to adopt the gluten-free diet should take some steps to ensure effectivity, and reduce the possibility of negative results. The first step would be to discuss any of the symptoms with a doctor, followed by undergoing a test for celiac disease. The next step would be to consult a dietician before cutting out gluten, to make sure the diet will include all the essential nutrients your body needs.

Finally, read up on gluten-intolerance and the celiac disease to better prepare yourself. You might be able to help someone with the information as well!

Allen Olabode is a Content Writer at Panacea e-Library. He is an alumnus of the University of Lagos, where he studied Urban and Regional Planning. He is also a freelance writer and an ardent music lover.

View all posts by: Allen Olabode